Written by graham
Share this article
FacebookTwitterPinterest
Travel In Motion

Between April 1975 and January 1979 The Khmer Rouge committed some of the worst genocides in human history.

Throughout generations around the world genocide or ethnic cleansing was used to discard human life that was felt inferior to the people responsible.

The perpetrators in their own minds had an idea on how life should be and in one of the most horrendous ways possible destroyed lives and the lives of those families involved to meet this aim.

One of the worst I have discovered as I travel around Asia is what the Khmer Rouge did to their own people.

Whilst genocide has many victims throughout the world and in no way can anyone diminish any of the murderous acts that have contributed throughout history, whether it be of the Jewish community in Germany during the second world war, the Muslims in  the Srebrenica massacre of former Yugoslavia or the Tutsi  killings in Rwanda by the Hutu where neighbors killed each other in the street or indeed the many other killings that have taken place throughout the world, one seems to stand slightly apart in terms of the reasoning behind it.

In all the cases above an underlying resentment towards the victims was established by the perpetrators beforehand, in some cases years of deep-seated resentment that fostered unchallenged and eventually spilled out into murder.

However,  in Cambodia, there was nothing, no history that I can see of that would have incited such reasons for committing this genocide.

It became something that suddenly appeared out of a revolution, that quickly demonstrated the ineptitude of the ruling people.

Their misguided belief that they could take a country forward by effectively going backward and removing all materialistic things from the people, denouncing religion, abolishing currency and ruling with a weapon was extreme, to say the least.

They took the urban population from the cities abandoning everything they had and put them to work in the fields expecting everyone to grow rice and vegetables, for the organization known as the Angkar.

For these people it meant a complete change of life, having to live in the countryside, to work in fields for up to 12 hours per day and only be given a watered-down bowl of rice left many starving, ill with disease and exhausted until they eventually died.

Monks were taken from their temples and pagoda’s and punished by working alongside the middle class, many themselves perished as well.

When the country did not prosper the men in charge believed that if their ideological system was sound and they themselves were not at fault then it must be the people.

Which put in motion a torturous campaign of killings that started with the educated, doctors, lawyers, teachers and quickly spilled into anyone who seemed slightly educated, people who read books, who wore glasses (this meant that they studied and read) and would be resistant therefore a threat.

They turned people against each other, encouraged children to spy on their parents for small helpings of food.

If they killed someone in a family they looked closely at the rest of the relatives, they believed it was better to kill the entire family than leave one alive to bring about revenge.

They set up torture camps like the one in Phnom Penh called s21 which was originally a school.

Once they had got people to confess they were sent to what has now become known as the Killing fields places where the accused were taken to be executed.

The Choeung Ek Genocidal Centre in Phnom Penh is one of these. 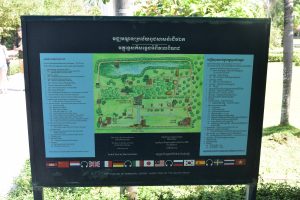 They used barbaric methods to kill these innocent people, rather than waste the cost of bullets.

The longer they were in power the more devastated the country became, the more killings were conducted.

Eventually,  many Cambodians who had fled into neighboring Vietnam and backed by the Vietnamese invaded and reclaimed the cities, putting an end to the genocide, and maintaining a controlled government that continued to fight a civil war against the outcast Khmer Rouge rebels and other factions for over 10 years.

Today you can visit many of the killing fields around Cambodia and listen as stories from survivors are explained through audio headsets, try and understand what they had to suffer through those years of terror and donate to keeping these places open.

One of these is in the capital Phnom Penn,  a trip to this memorial ground will take a few hours, but I would suggest you put aside an afternoon to visit as it can be quite disturbing and upsetting, also do not plan to do anything in the evening and use the time to reflect on what you will see. 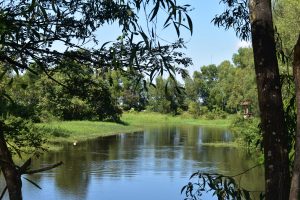 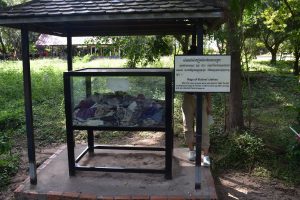 Yes, it is a place like many of the genocides that are not nice to visit, however, only by understanding history and acknowledging what humans are capable of can we stop them from happening again.