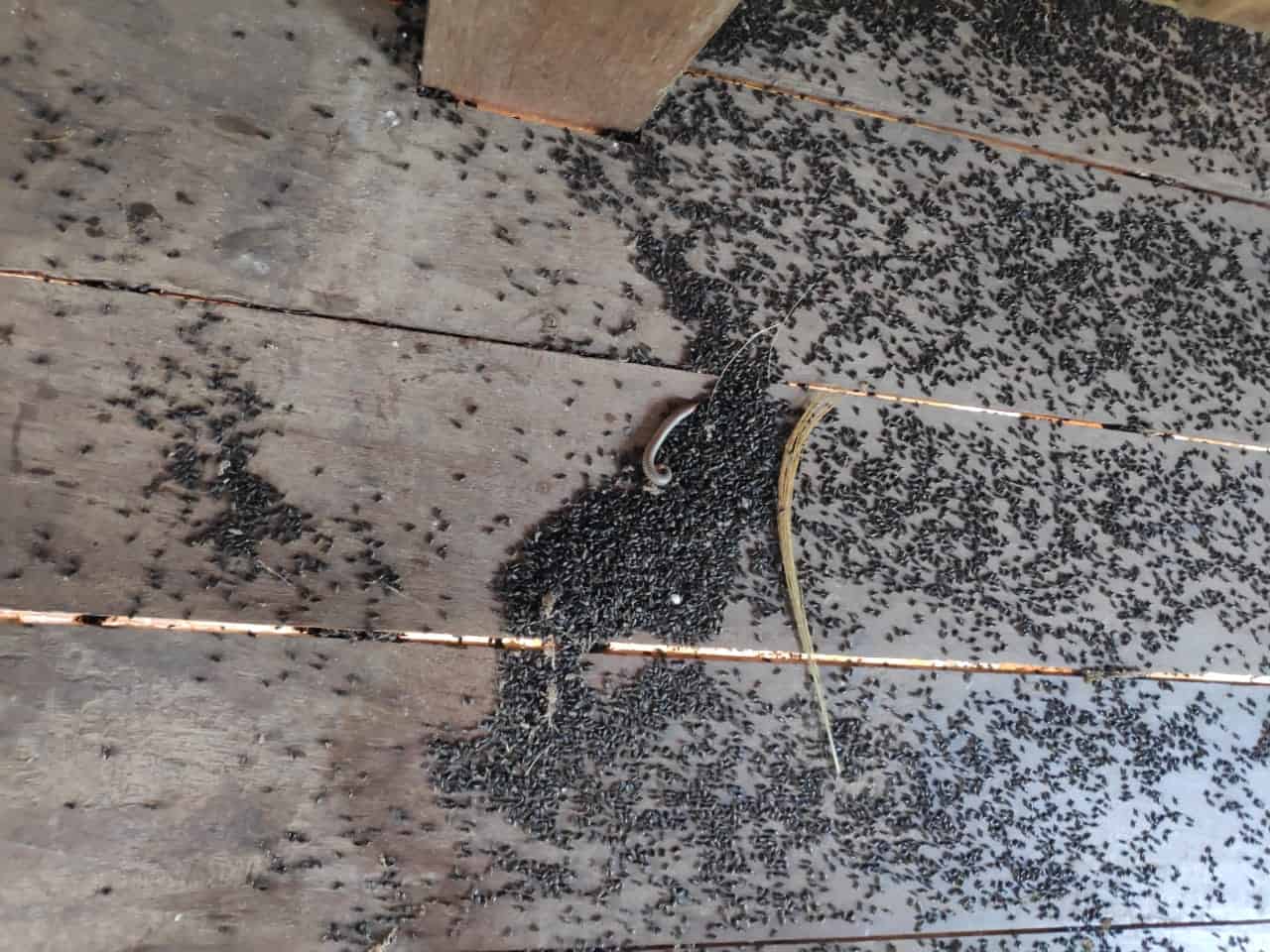 An invasion of bugs

So my life is pretty amazing and so perfect in paradise right?

Yes but, not always!

With all the stress of running a business for over 20 years. Employing a high number of people.

Dealing with the loss of business, betrayal of business partners, loss of love. Not to mention the suicidal chaos that is Brexit, living in Cambodia can seem like a dream come true.

You can be forgiven for thinking that coming to South East Asia will leave you feeling like a new person. It can also knock 10 years off your age.

Here the only stress you encounter is how long you wait until the bus leaves for your destination. Or how long it will take to get there.

(The roads here? not great!)

So as I write this I am straining through my contact lenses whilst deciding if I need to put my reading glasses on or not!

Normally it is easier to type with my normal glasses, my contacts are only used for when I am travelling or sitting in the sun.

Let’s face it after a certain age you become less vain about what people see and are happy you can.😀

Having come away with pretty much two of everything from a backpack to the camera and everything in between.

It still makes me wonder how the universe, or powers that be, can acknowledge you don’t have two pairs of glasses and put in place a path that leads to you breaking your one and only pair.

We had a period of very hot weather and then a strange thing happened.

The house in which we live as volunteers decided that we must share our sleeping area with some bugs.

Not just a few, but thousands and thousands of boorers little black bugs that seemingly come out of the woodwork (literally)

One rather late night after too much rice wine the few volunteers that were left decided to head up to sleep.

I guess because it was late and we were all weary and probably drunk, no one noticed the bugs.

Until that is one of the volunteers work up in the night to go to the ladies and discovered that the walls were moving.

I am not sure what she actually thought. My first thought, when she told me in the morning, was the rice wine was obviously so strong it made her hallucinate.

But she was adamant that the walls were moving with what looked like little black beetles.

Anyway in the morning over breakfast, we discussed it further and upon inspection found a few dead bodies but nothing to substantiate her horror story.

The next night it happened again only this time we all bore witness to the boorers (excuse the pun).

As they continued there journey travelling up the walls of the bunk rooms.

Apparently, they all seem to go to sleep during the day and only come out at night.

Anyway convinced and full of apologizes we came down to join them in the hammocks.

Not one to be squeamish, having to travel around South East Asia for 12 months I needed to accept bugs will be everywhere. In fact in Thailand I even tried them as a snack and yes they are really tasty and nutritious.

Figuring out what they were was a problem but it meant that we had to sleep in the hammock huts near the visitor centre for a week or so.

Whilst trying to control the epidemic inside the house.

This is where the story becomes upsetting (at least for me) falling asleep one night after replying to friends in the UK who have left messages on WhatsApp.

I removed my glasses and placed them on the little table in the hut.

My thinking they would be safe there and I would be less likely to get up in the night and stand on them.

Now around this time we have a little puppy who only being a few months old, was inquisitive, to say the least. He was also going through that time of trying to bite everything.

Or at least take things in his mouth and run off with it.

Currently, he has a rather large white stone he seems to enjoy playing in his mouth. Trying to chew much like a normal dog would with a tennis ball or bone. ( he is not so bright)

So on this particular night he decided to come visit the hammock house.

Seeing the shiny object on the table decided to take from the middle of it.

I guess being small made it easier to climb on the table to reach them.

Maybe a few hours later (certainly no more than that) daylight arrived. I awoke naturally with the sun proving to be amazing when it first comes up on the farm.

First feeling for and then closely looking for my glasses ( yes I really am that blind.)

I thought something was wrong, I know I left them on the table but yet they seem to be missing?

Looking around I couldn’t find them anywhere and starting to worry that without them I would struggle to find them.

However, I need not worry as I could hear a crunching noise coming from the grass opposite the hammock and looking closely I saw a black shape.

I wandered over to find Tiger (mum of Pup) crunching my rather expensive Prada frames.

So much so in fact that only one lens was visible and after rescuing them I then spent the next 10 minutes with one eye closed looking for the other one.

A bit of glue and they were fixed at least temporarily to give me sight back again.

However, a few months later I made the error of assuming complacency which is the worst thing anyone can do.

One day the lens decided to pop out from the half-frame.

Falling quickly to the ground my attempts to catch with my hands were about as successful as a 1980’s English cricketer catching a ball in the ashes test against Australia. (pretty dismal)

Into two nice pieces which really does make it hard to see when you have a crack running down the centre of your vision.

A few months on I am going glasses hunting and of course spending money I had planned to use on travelling. The good news the bugs went away or at least enough to not cause a problem to the volunteers.

( they are less and less and tend to keep out of the way) maybe they realized we don’t like them.

The even better news is that without my glasses I cannot even see the ones that remain.