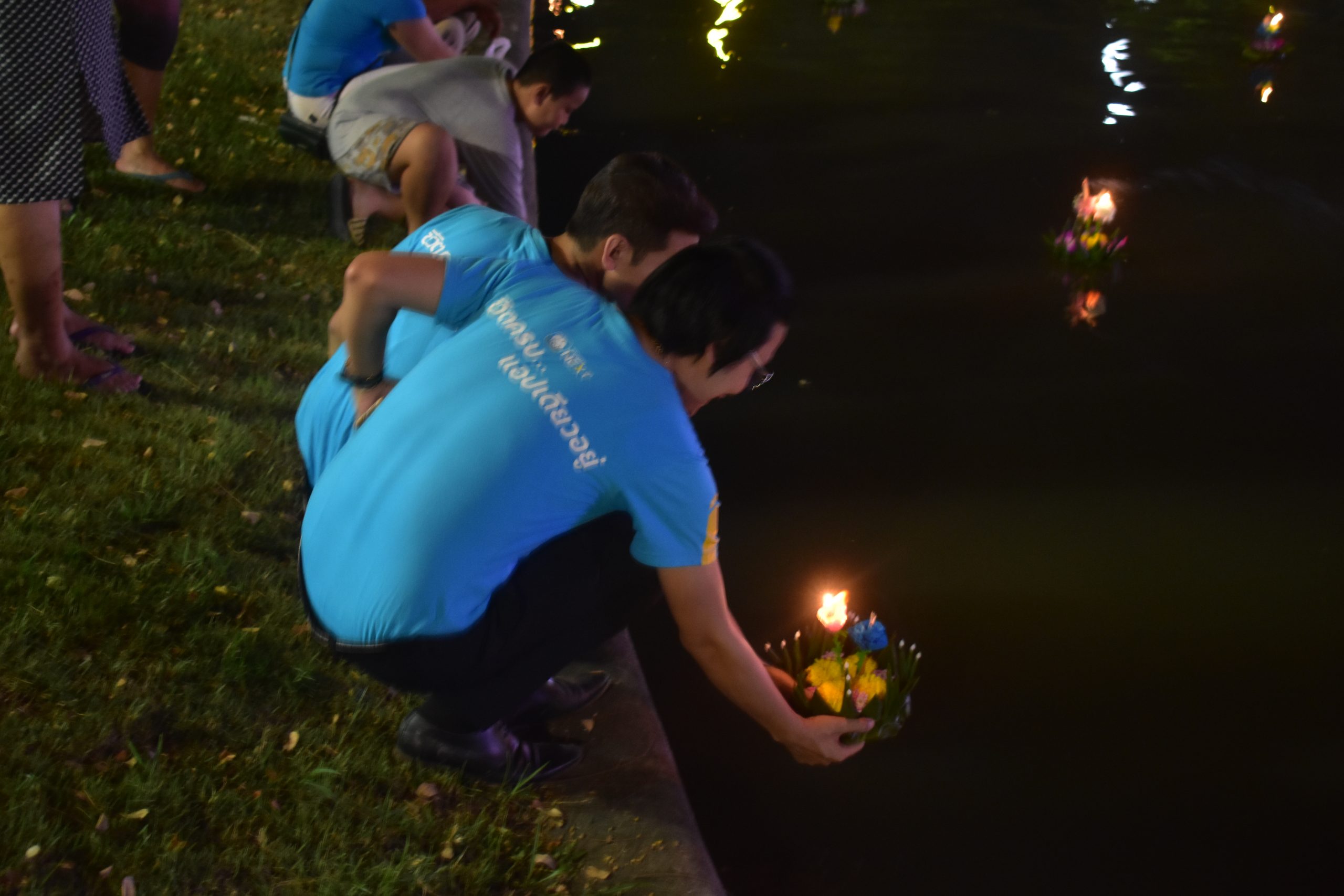 Called Loy Krathong it is a picturesque evening festival in Thailand on the 12th lunar month in November.

Loi Krathong is a Siamese festival celebrated annually throughout the Kingdom of Thailand and in nearby countries with significant southwestern Tai cultures.

I was invited last night to participate in the yearly festival celebrated in Buddhist countries in Asia.

Reason for the festival?

The celebration is for the people to design, make or buy floating rafts.

Decorated with candles, incense sticks and lotus flowers they place in rivers, lakes and canals to give thanks and pay respects to the goddess of water.

I went to University where they have a big lake and an equally big crowd.

A huge stage where Thai dancers were performing and along with some great music.

We found a spot next to the lake and readied ourselves to release the lotus rafts.

I think the culture here in South East Asia is what in part attracts me to this part of the world.