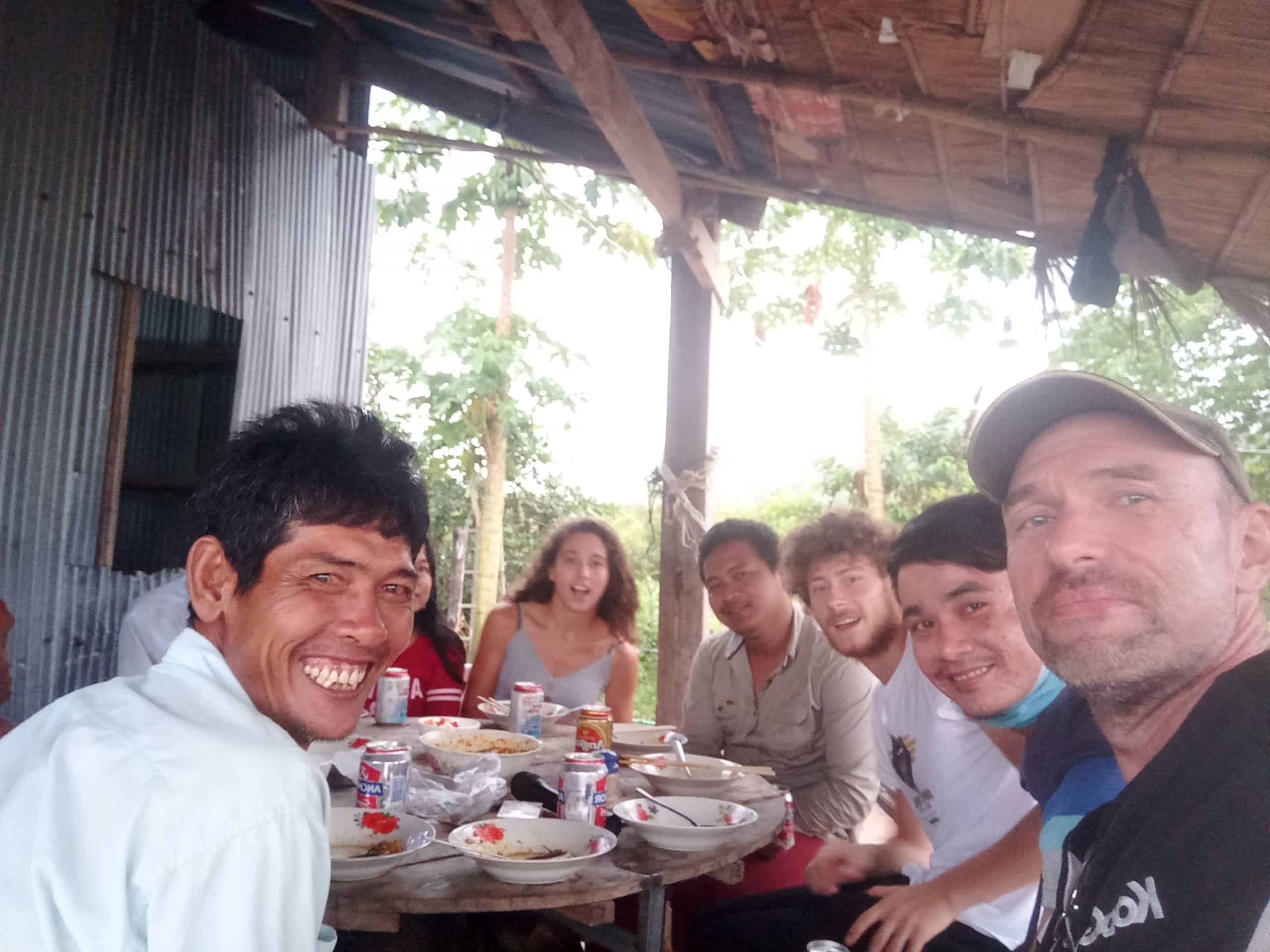 So Cambodia has a connection with France for over 90 years. History has the french ruling here from 1863 until independence in 1953.

They increased the production of Pepper here in Cambodia and exported it all back to France as french pepper which at its height was about 8000 tonne annually.

So in August 2019, we were blessed with some amazing volunteers on the farm who came to help out and left a lasting impression here in Cambodia.

Together with a very special lady from Japan who was our first Southeast Asian volunteer left us some great paintings to treasure and I cannot forget the really early morning yoga.

From the shy Maxime who quickly found his voice and became a big hit with his karaoke skills to the impressive girls in Alicia and Zoe.

Both amazing people who added value to the farm and the pepper tours, one in particular who managed to entertain the tourists on the tour longer than me ( I thought I could talk a lot)

Both I am sure will go onto greater things in their life.

Whatever happens, one certainly made an impression on mine and taught me a lot about living in the here and now.

Many thanks for that, hopefully, I will continue to learn as I grow.

or as the French say Merci et bonne nuit 🙂

During the colonization years, the French tried to chose kings they believed were loyal and could be manipulated to their own ends and that way could control and thus keep the protectorate going, however, they didn’t account for the fact the King Norodom Sihanouk was fiercely strong and during his reign managed to gain independence from France on November 1953.


Heading to Cambodia there are 2 places that still show many colonial buildings giving you the chance to see how things looked in this time. Head to Battambang near Siem Reap or Kampot Province in the south and you will see many traces of French rule.