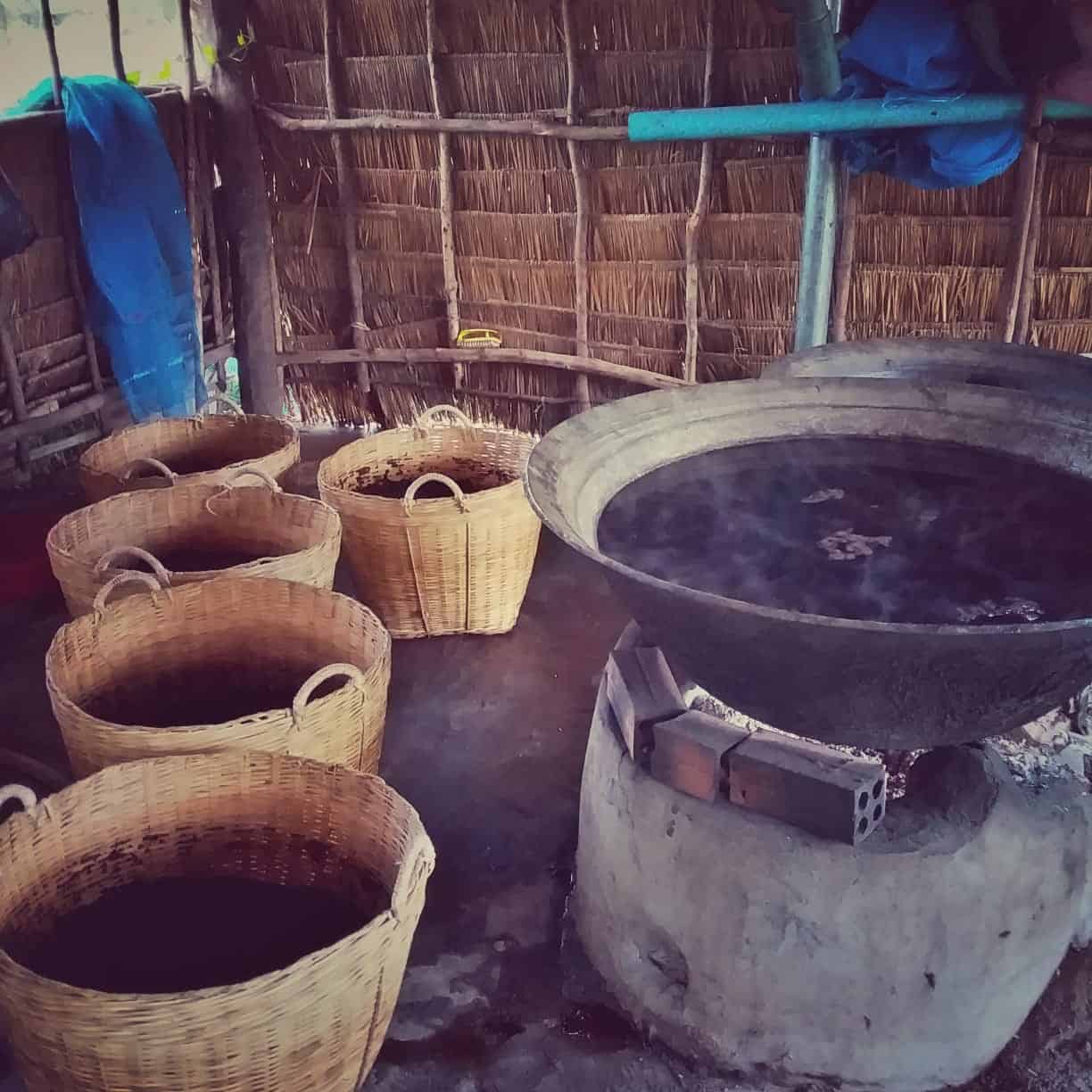 Pepper is a beautiful and an amazing product

I have loved cooking since as far back as I can remember. It all started from the time I was about 11 I think and after months of hoping and asking my best friend at the time to let me come to his house.

Finally, it happened Gulvinder Singh was allowed to bring his best friend home from school for dinner.

This was a long time ago and in those days cultures were so different and mixing was hard. In fact, I believe I was the only one who was allowed to go to his house and then only on certain occasions.

The thing that stood out for me in those days, was the fact that dad was in the kitchen cooking. Always under the impression that the mother cooked, and this was a new thing to witness.

Watching in awe, as he went about making the most amazing Indian curry I have ever tasted. Mesmerised as he not only did everything but also explained things to me as well. He told me it was important for a man to know how to cook.

I think it was at that point I fell in love with Indian food.

Fast forward 30 odd years and I am now working on a Pepper farm in Kampot, Cambodia. My feet firmly planted in the ground just like the pepper.

Origins of the Pepper here, Oh, life is so good sometimes. Piper Nigrum is … you guessed it from India.

We all forget that before Chillies came across from America’s everyone was using Pepper as their spice. If you wanted a hot spicy curry, ( and why wouldn’t you) you used Pepper.

Note: Mr Singh used pepper not chillies in his curry, in fact during the 1980s I don’t recall seeing chillies that readily available, but then I didn’t do the food shopping🤣 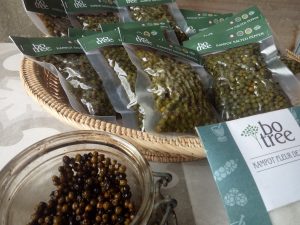 Harvesting (or Récolte if you are French) 😉 the Pepper 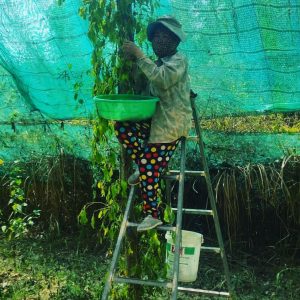 So in Cambodia, there is a special place that produces the best pepper in the world. The French discovered how good this was and exported it all back from here to Paris to use in their cooking.

No wonder they have the best cuisine in the world.😃

Anyway, check out my post on working on the Pepper farm and the one about Kampot Pepper to learn more.

We start our harvest around late Jan, early Feb and continue until around May collecting pepper as it becomes mature from the plants. If you leave it as long as you can, it gives you an even stronger taste when washed and dried.

4 Colours from one Plant

The plant itself produces 2 colours Green, and Red, just like Tomatoes they start green and become mature and turn red making the berries sweet because of the skin.

Fresh green is used in locally in the Seafood here in Kampot and the Famous Crab in Kep.

Wash and dry this green pepper and it becomes black which is used in your peppercorn sauces and with strong meats and vegetables.

Take the red berries and again, wash and dry and they become your red pepper, so versatile and is used in everything from Lamb to salads and all kinds of pasta to Ice Cream, Chocolate, Fruit and Gin.

Soften the red berries in water for a long time and peel the skin, washing again before drying and you have in my opinion the best, the white. Fish, Chicken, Pork, white sauces, soups and excellent with Cheese. 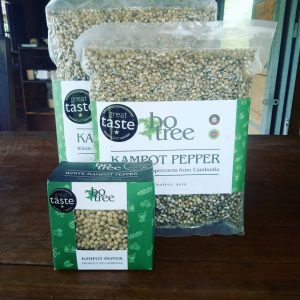