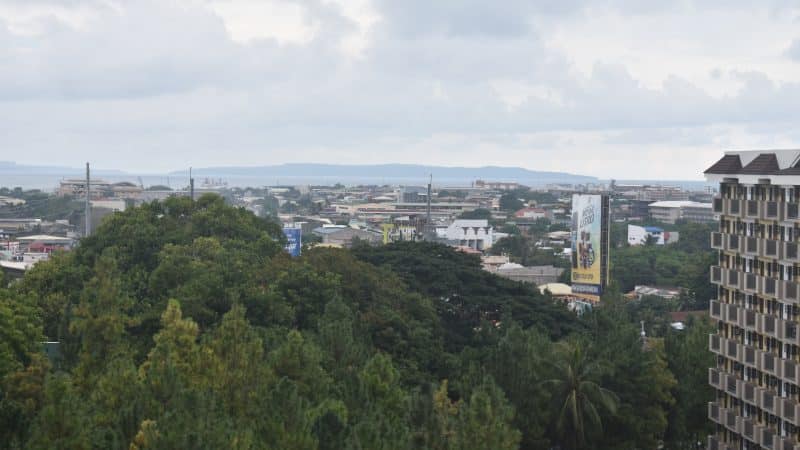 Famous for the current President (at the time of writing) of the Philippines, who is just serving out his term before handing over to the next one.

He moved here as a child, and his family name has become a legend here. The people clearly love him, and following in his footsteps, his daughter became mayor of the city.

He was Mayor for over 20 years before sealing victory in the race for the Presidency.

I have heard that Davao city was once famous for being a crime capital, but his tenure as mayor allowed him to transform the city into a peaceful and prosperous place. Giving him the idea of what, he then decided to do a bigger scale as president.

Currently, his Daughter is the mayor, although she is trading that honour in for the vice presidency with another Duerte running to replace her locally.

Famous for Chocolate. Davao has now some of the most beautiful tasting Malagos Chocolate, which is now recognised as a worldwide artisan leader
It is also considered the Durian Capital of the Philippines, so apapt that I like visiting here as Kampot my current home is also renowned for the Durian.

What it also has is a high mountain that is on my list to conquer ( I have 4 in total in South East Asia to complete. One already accomplished.)

A lovely coastline and a beautiful little island off the main city. Look out for a post on Samal later.

Lots of hidden little gems like Jack’s Ridge, Eden nature park and resort, along with local parks and of course the famous shopping malls, which are pretty much everywhere.

There is also a crocodile park that is worth visiting, especially if you have kids, as there are plenty of animals and birds to see along with the odd reptile or two.

Davao City, is in fact the largest city in the whole of the Philippines in terms of land mass, and third most populous city after, Luzon and Manila.

Considered the largest eagle in the world. Home is Davao and it can be seen in many places as the coastline and landscape is very lush, green and mountainous. But for a glimpse of this national Bird then go along to the Philippine Eagle Nature Center.