Back to the farm

Arriving back on the farm at the beginning of November should mean we have a good month to catch up on the building projects we have to finish and get done in time for the beginning of December.

However, we have an early high season as many people are arriving at the farm each day. The reputation of Bo Tree is growing.

Welcoming Switzerland and Poland this month as two volunteers from each come to stay the farm along with the regular French volunteer we need each month.

Mike and Edyta from Poland were amazing and gave me a much-needed boost in terms of energy and production. We managed to make a start on the extension of the decking around the visitor centre and plan for expansion I want to achieve before leaving the farm in May 2020.

Audrey became a great volunteer and someone I hope will become a friend for a long time. After I found out she had spent some time in my home city of Nottingham giving us many things to talk about.

She even helped me sort out a dilemma that I had whilst on the farm.

Two very uniques girls from the french and German side of Switzerland allowed me to learn a lot about a country I have never visited. We also had music galore as Jessica was learning the Ukulele and some more new music for me to add to the volunteers’ playlist form Mina.

I love the French, the wine, the cheese, the accent and of course Paris. But I have found something else that makes me smile as much as all of those.  Gad Elmaleh is a French-Canadian  comedian  who happily enjoys taking the piss out of himself and his country of origin. Well worth checking him out on either Netflix or YouTube

A new side to Kampot

A visit from a friend in Myanmar to Kampot gave me the chance to stay away from the farm and shop and experience a natural bungalow on the other side of the river. A couple of nice restaurants and determined to overcome a 20-year reluctance of getting back on a moto gave me a busy month.

Resulting in cutting my foot whilst biking through muddy stones, which then became infected as a result of living on a farm. 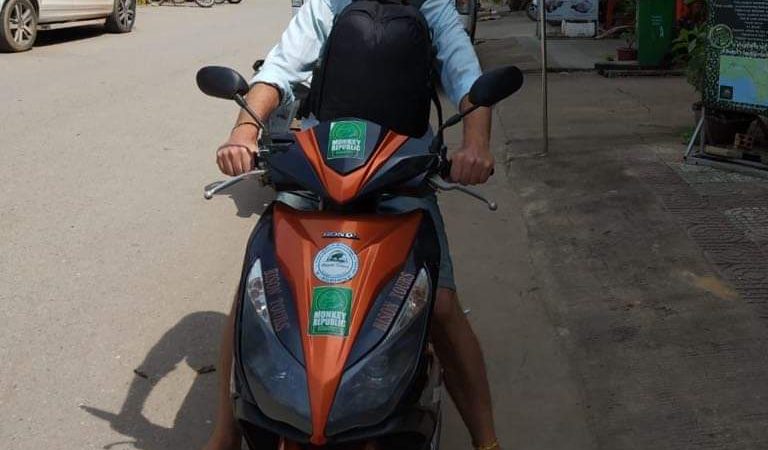 So a bit like the history of Kampot pepper.

Where, during a 20 year period of lost production, and therefore lost knowledge of how it was produced.  My remembrance of riding motorbikes or scooters has also been lost.

Until November 2019 when after much thinking and debating about it, I finally went and hired one for a weekend.

thus experiencing the freedom of riding on Cambodian roads.

Nothing can prepare you for the dust, chaos, and potholes as you try very hard to remember your first encounter on a motorbike.

However, I must say it is long overdue, the freedom of going out from the farm was great and with my fellow volunteers.

We took to the road and travelled to Kep to celebrate Bon Om Touk commonly known as the water festival here in Cambodia.

Beers and great local food. Not to mention great company and conversation provided a great night’s entertainment and an excuse to get over my slight fear of travelling by bike here in Cambodia.

Good news I survived my encounter with large lorries, crazy bus drivers and moto drivers coming towards you on the opposite side of the road.

All in all, a good experience and one I will not forget in a hurry.

The bad news is now I have the bug and therefore need to look at getting a bike to continue my journey around South East Asia.