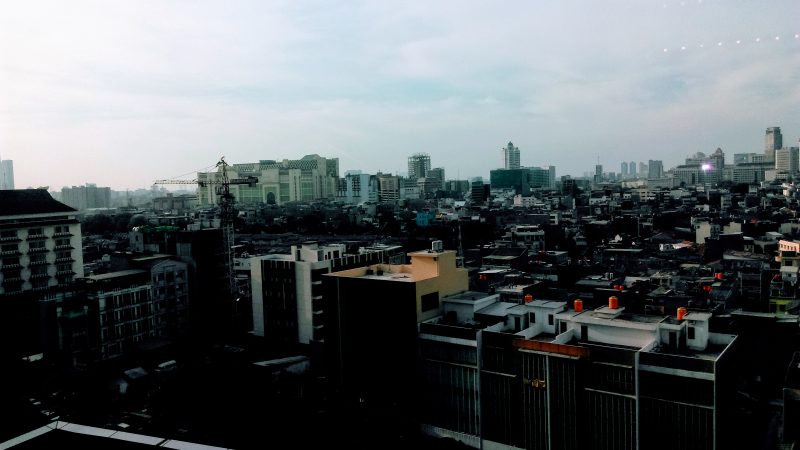 Jakarta is a crazy city. The traffic is jaw-dropping to watch. I still haven’t figured out which is the crazier yet. Bangkok for all its cars and mad Tuk Tuk drivers doing wheelies as they take you on a lengthy tour of the city ( making the journey seem longer than it is!)

Ho Chi Minh for its mass of Scooters flying around the streets, where you take your life in your own hands by trying to cross.

Or Jakarta where the mixture of both cars and bikes seems to be in an endless circle around the streets. Where a journey of 30 minutes can take 2 hours at the wrong time of the day.

Now the train system is in place it does help but only marginally.

The city itself allows for some relaxation as some of the bars have a great contrast of music and dance which is very popular in Indonesia.

I was lucky to see a live band whilst there. Who covered a song by a famous Indonesian band called Payung Teduh. And also as I was the only westerner in the bar played a rendition of Oasis “Don’t look back in anger” just for me.