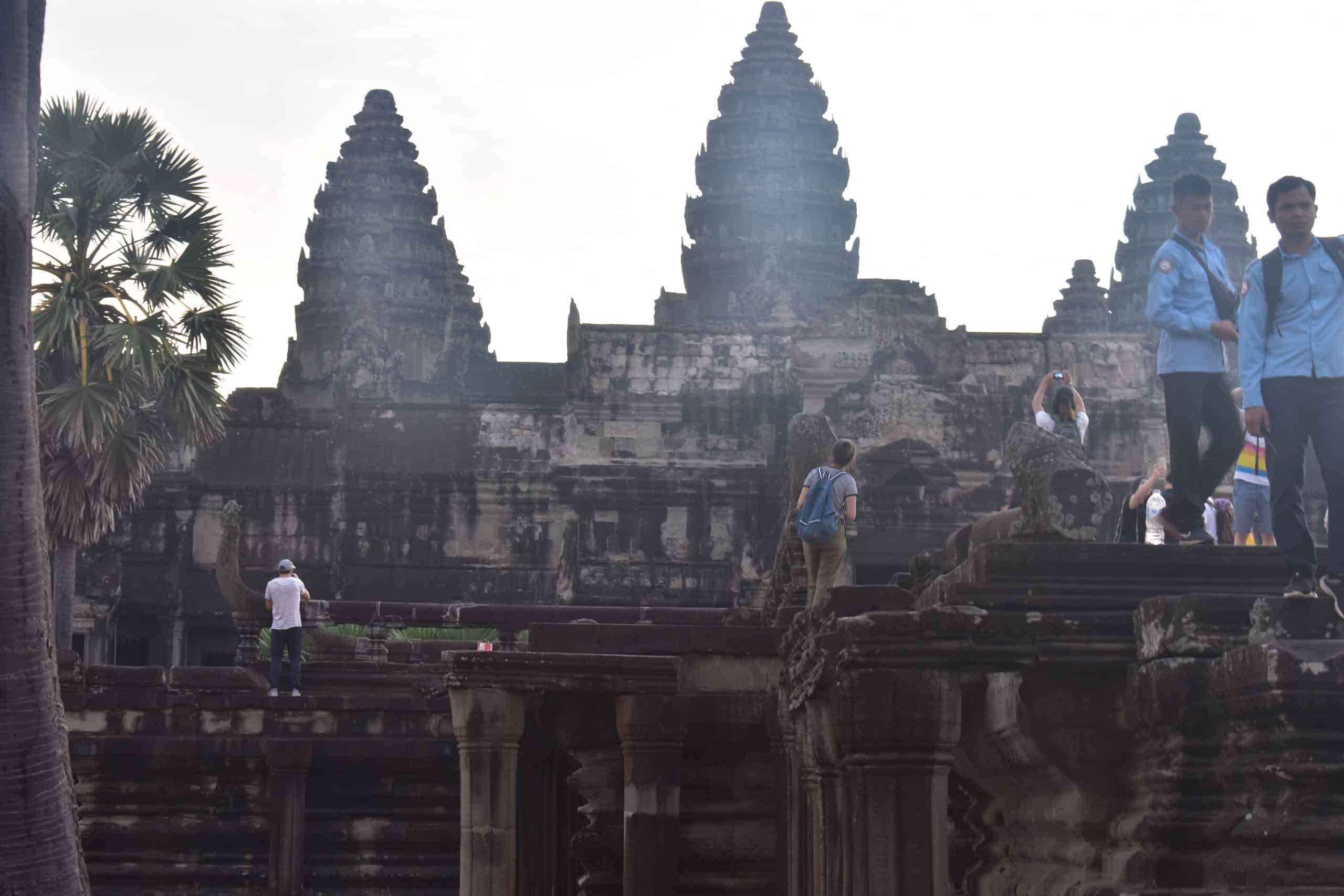 So one of the benefits of living in a country for a long time is that you immerse yourself in their culture. But it also makes you want to understand their country more.

Well, for me it does.

It is all well and good visiting a temple here and there, but I want to know why the temple is there. What made it special and why did people put such a big emphasis on this temple.

Cambodia has a long and interesting past. So I set about learning as much as I could about the country whilst I was living there.

Below is, in my opinion, some worthwhile books, movies, documentaries.  Also some music you might want to check out if you are interested in the beautiful country of Cambodia.

Currently reading the book that led to a movie by Angelina Jolie “First they killed my Father”.

Which is about a young girl of 5 experiencing the dramatic revolt that happened in Cambodia in 1975.

When the Khmer Rouge took the country back into the dark ages with their brand of Communism, killing 1/4 of the population.

Told from the point of you of a young girl living in a middle-class family in the capital Phnom Penh.

It is a very harrowing version of events but I think a must for people to understand what happened here.

Another book that charts the course of this time but does expand more on the aftermath and the rebuilding is called “A Cambodian’s Survivor’s Odyssey”.

I was lucky enough to meet the women who wrote this book  Vannath Chea, whilst on the Pepper Farm in Kampot.

When she visited she gave me a copy of the book to read. Highly recommended as a good insight into both the time before and after the genocide.

To understand more about the genocide and the history of Cambodia, see my other post here

Another one that was hard to find was the first actual account of Cambodian life as far back as the 13th Century.

Written by a Chinese explorer/diplomat who at the behest of the then ruler of China was requested to visit Cambodia and record his findings.

He spent 11 months in total documenting his time here and although not of all of his writings have been preserved the book has enough to give you an insight into the life here.

A Record of Cambodia- the land and its people written by Zhou Daguan and translated by Peter Harris is well worth reading.

First They Killed My Father

She has made herself synonymous with Cambodia through Tomb Raider and adopting children whilst married to Brad Pitt. Yet I have a newfound admiration for Angelina Jolie for directing First They Killed my Father.

A very emotional movie and although it is a sensitive subject I feel she directs it beautifully. She shows enough to leave you under no illusion of what happens without going into anything graphical to disturb you too much.

Told before the Khmer Rouge came to power and based upon a True Story. It is about a French ethnologist who whilst working on the ruins in Angkor Wat is abducted by the Khmer Rouge in 1971 and held captive.

Whilst it was made in 1984 (not long after the horrors in Cambodia). It still has the power to invoke strong feelings when you watch this movie.

This is a surprisingly honest and simply explained documentary about the Khmer Rouge regime between 1975 and 1979.  Nearly 1/4 of the population were systematically exterminated due to their knowledge or perceived intellect.

Go back in time to discover what it was like during the Khmer Empire in the 13th Century. Based on Hindu/Buddhist culture that spread across much of Southeast Asia. See how people lived and how Angkor Wat became the largest city in the world at the time.

In the 1950s and ’60s, Cambodia’s music scene was a mixture of traditional and psychedelic rock from the west.

Dengue Fever stands out as being at the forefront of this era. But there are many more to hear from and the music is pretty good.

Another is the Cambodian Space Project who inspired by the 60s and 70s music produce some great music. Check them out below